A few months ago I wrote about my experience participating in Hacktoberfest last October and the prize T-Shirts have finally arrived so here’s a photo with them on! 😀 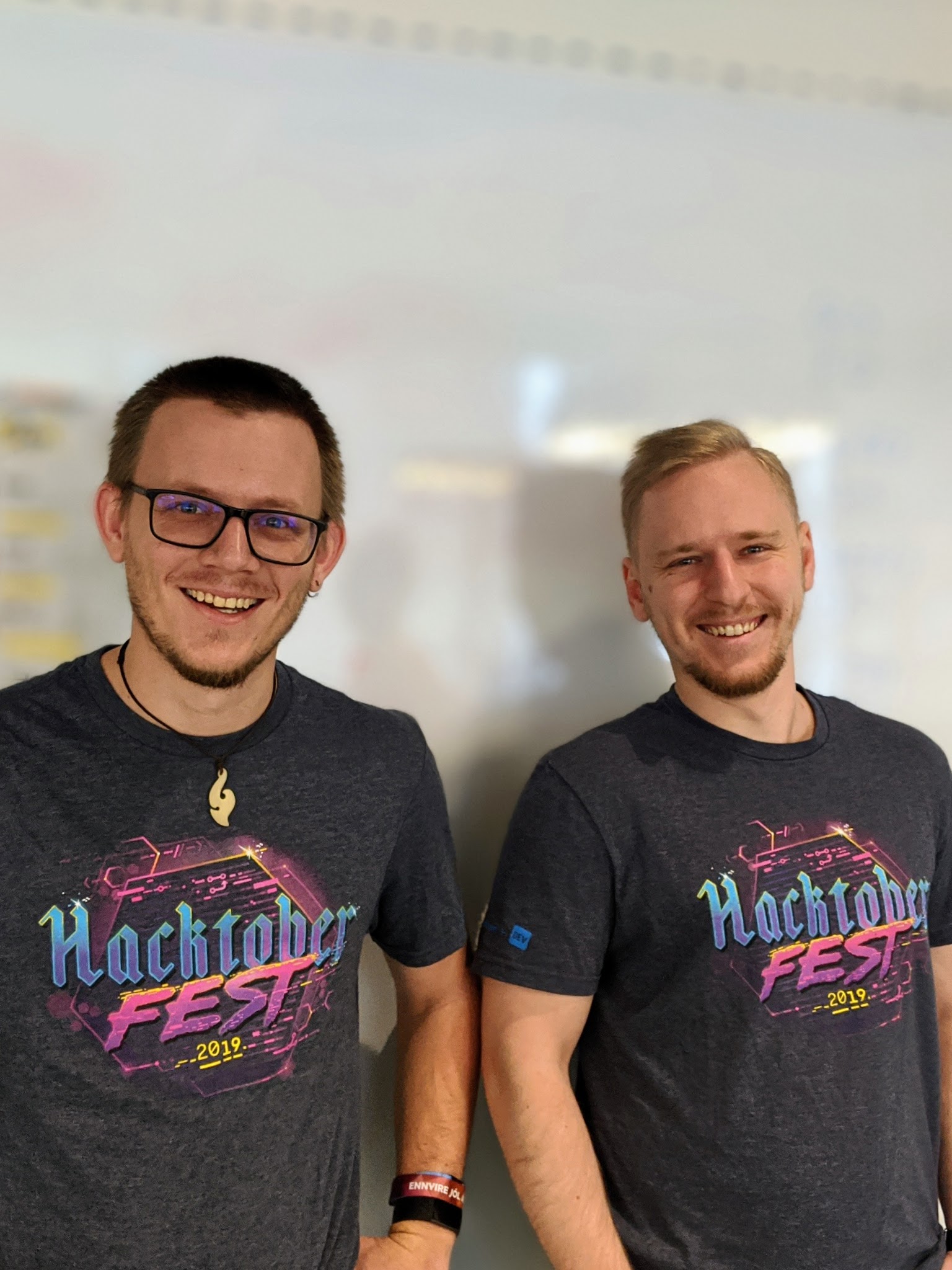 My colleague, Dávid Pörös, and I in our funky new Hacktoberfest T-shirts!

The weekend after we cut down the trees in the forest, my brother-in-law went over to help stack them in a neat pile and sent me this photo. They’ll be left to dry there for the next 3 years. 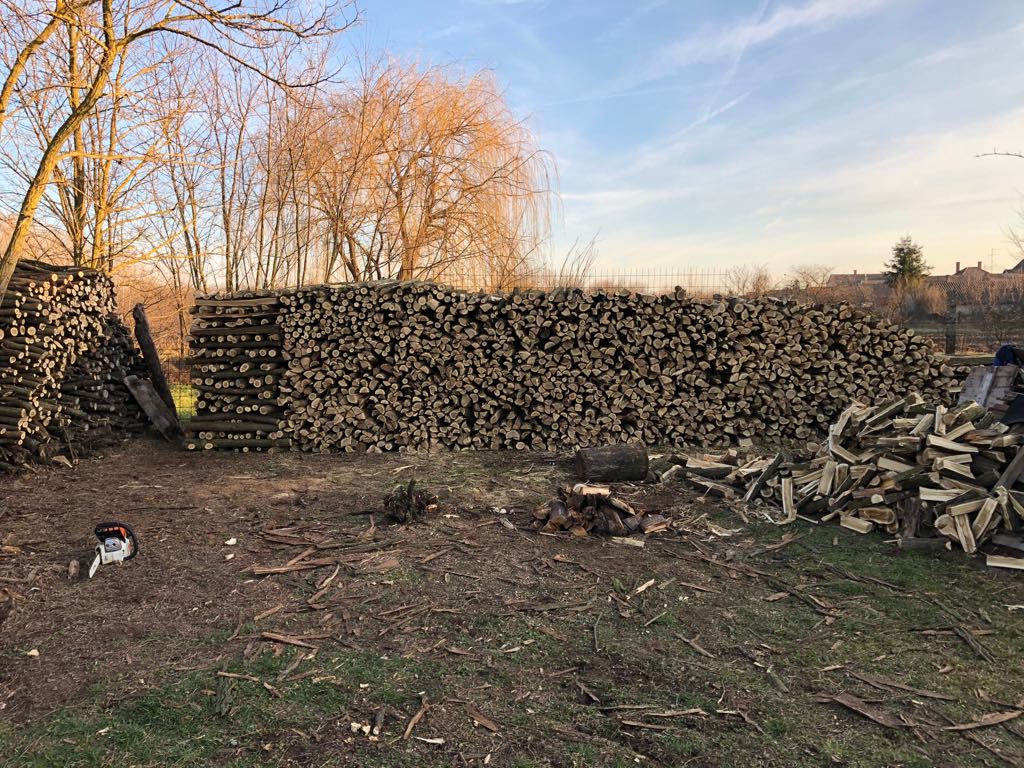 I’m imagining how much more full of interesting content, like photos or stories or ideas, this blog could be. What if every time I had posted something to a closed system, like Facebook, I had published that here instead? 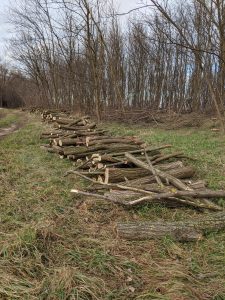 This week we went wood chopping in the forest not far from the village. My family in-law use a boiler powered by a wood furnace to heat their house. That’s why it’s important to collect enough wood in advance, so that it can dry out enough to be used for firewood in years to come. They own part of some land covered in trees and with the foresters permission they collect some every year.

A small group of us drove out in the morning and cut down trees in teams of two: One person saws down the tree and cuts it up into metre-long logs, while the other person carries the logs out to the road and collects them into piles. The others have experience using chainsaws, so I’m on collecting duty. 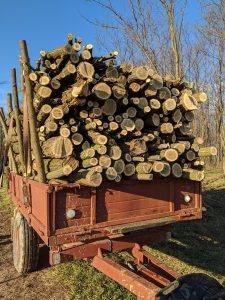 It took us until about lunch time to collect as much as we planned. Lunch in the woods means ham and sausage. After that it was time to stack the logs on the tractor trailer. It’s pretty clever how some tall, thin trees were selected as supports to extend the sides of the trailer and stop the huge pile of wood from toppling. The amount you can see on the trailer in the photo is probably almost half of what we collected that day.

Back at home the wood gets split and then stacked for drying and, in fact, a few years ago I wrote about the wood splitting part. The next day I had quite a muscle ache from stacking all that wood. 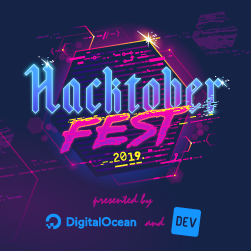 This year was my first time participating in the online Hacktoberfest event.

I often use code from GitHub and occasionally publish my own projects there but I realised I rarely contribute to other people’s code. Hearing people talking about the event on the Ladybug Podcast, I was inspired to make a small pull request. The boost I got from something so insignificant being merged lead me to look through my favourite projects’ issue lists to see if there was a bug I could fix or a missing feature I could implement.

END_OF_DOCUMENT_TOKEN_TO_BE_REPLACED 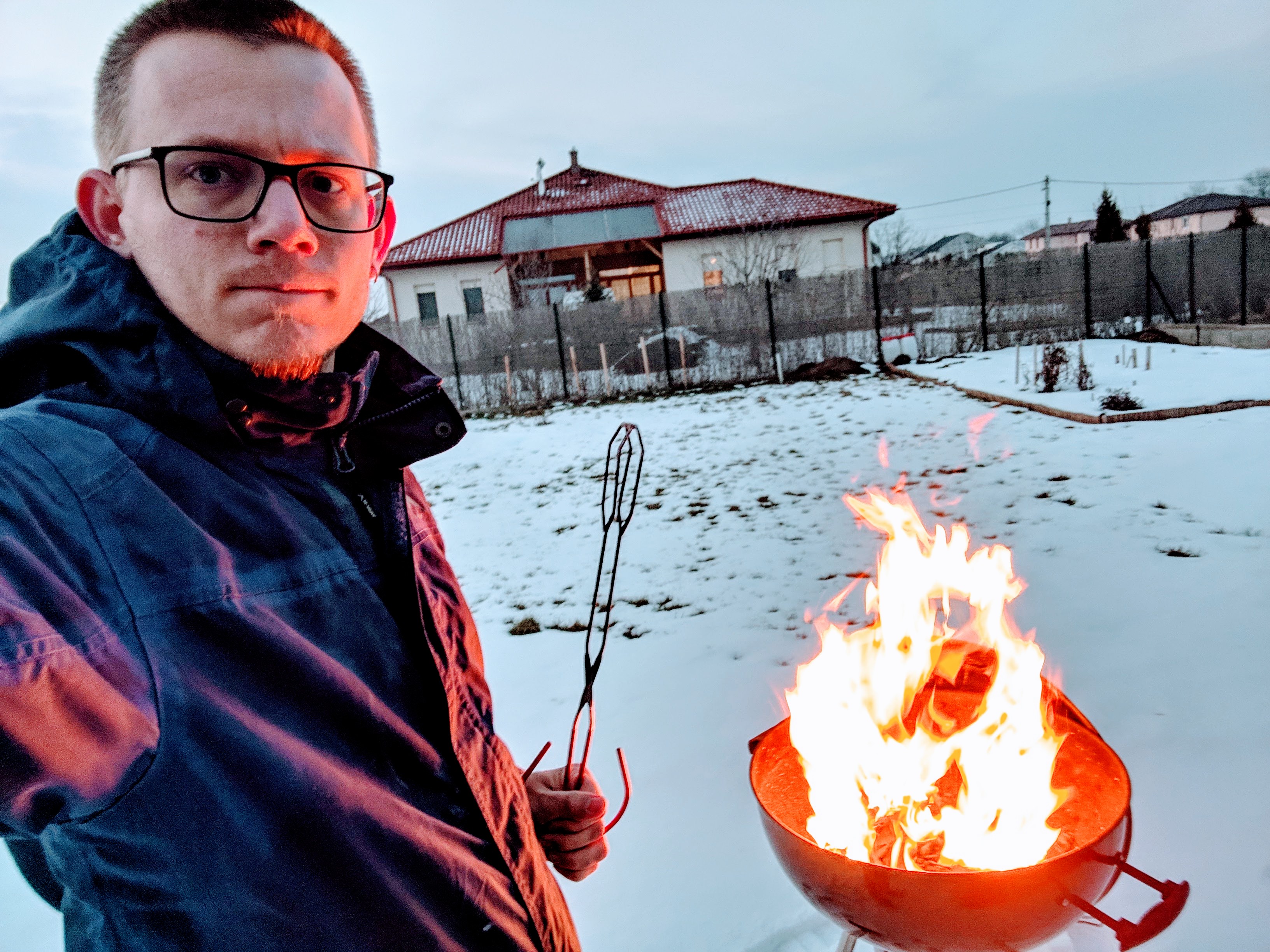 It turns out that template was written once and then copied across to new repos, which means this typo actually exists in almost all the pull requests in all of that team’s projects. Well that escalated quickly. This is the point where the average person probably says “OK whatever, it’s not worth it for something so small, there are too many repos, it’s just a small typo, never mind” and stop. A very determined person might actually start opening browser tabs and psyching themselves up to do pull requests. I open my terminal emulator and start writing a for loop. END_OF_DOCUMENT_TOKEN_TO_BE_REPLACED

This time it’s different because nowadays I virtualise most of the services I work with, using Docker on my local machine, and I’m hoping that using the Wakatime Z Shell integration will give a better record of time spent working on a project. END_OF_DOCUMENT_TOKEN_TO_BE_REPLACED

The Hungarian coat of arms features an iconic cross with two horizontal beams. In Hungarian it’s called “Kettős Kereszt” which translates to “Double Cross”, usually called the Patriarchal cross in English. This cross is present on other emblems around the area of Central and Eastern Europe too and has been featured on the Hungarian coat of arms at least since the reign of King Saint Stephen of Hungary. 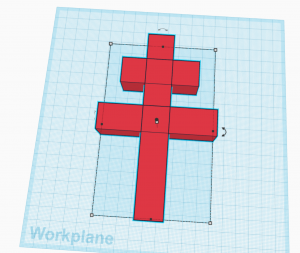 Seeing as it’s a Hungarian national holiday today, in memory of the heroes and martyrs of the Hungarian revolution of 1956, everyone has their Hungarian flags out. I decided to do something Hungarian too, while trying out some tools for preparing models for 3D printing. So far I’ve been using Blender, because I have some experience with it, but it’s for creating 3D scenes and although you can use it to design 3D models for printing, it’s not CAD software. This time I tried Autodesk’s web-based program Tinkercad, which although lacking many of the features you’d get in a full-blown CAD program, is plenty enough for me to design simple things like this. Not being a mechanical engineer, I probably wouldn’t even know what features I’m missing! 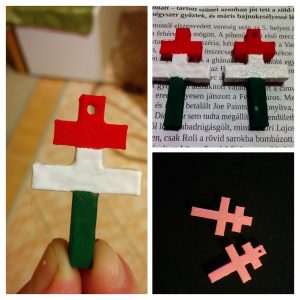 The program is very intuitive to use. I put a few cubes on the workplane, stretched them out into intersecting rectangular boxes and exported an STL file for printing within minutes. You can see a screenshot of the result above. I also made a version with a hole cut out of the top so you could hang it on a key chain. That turned out to be as easy as putting a cylinder in one of the boxes, stretching it out of the top and bottom box faces and marking it as a “hole” in the model.

After scaling the model down to 30% so it fits on my print bed, the final print came out as shown in this photo. It took less than 10 minutes to print at 30% in-fill and seems pretty rigid. I’ve painted on the red, white and green of the Hungarian flag and will hang this up somewhere, who knows, maybe it’ll even be good for a Christmas decoration. If you’d like to print your own Hungarian cross you can download both of my STL files here: 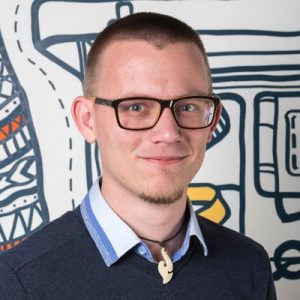